This site doesn't support Internet Explorer. Please use a modern browser like Chrome, Firefox or Edge.

HOME
ABOUT US
FOR INDIVIDUALS
FOR EXPERTS
OPPORTUNITY
CONTACT

THE RETIREMENT MYTH IS AN ECOSYTSTEM FOR BETTER QUALITY OF LIFE FOR US ALL!

We are a community of members, experts, and value facilitators to bring you more results in all areas of your life in less time. Turn decades into days! Collaborate with a “Progress Peer Group” and community at large to experience more in all areas of life!

We connect people with services, resources, and tools that improve their quality of business or

We are creating the go to value-based ecosystem to support our ultimate human experiences we seek in this lifetime. 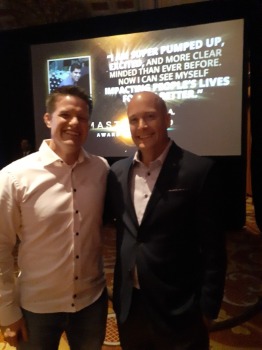 The story started in 2012 after The Retirement Myth founder Troy West had been a financial consultant and seen how marketing was done throughout the industry, mostly selling the concept of retirement.

Troy of course, agrees with the concept of a better tomorrow is great and he also wondered why wait to live the life you want now? What he discovered was how passive the masses were around money and more importantly, how they were passively giving away their superpowers and opportunities today by buying into the concept of retirement at its face.

Why not create strategies that impact dreams today, why not have a system for it? Some of this inspiration came from Troy’s involvement in the personal development industry as he was an avid student and mentored by world-class leaders.

Picking at the way things were done, Troy initially created new ways of doing business by focusing on finding money people did not know they had and using strategies to act like act like bank (not heavily marketed to the masses). He also created a network of financial professionals to refer his clients to so they could get a holistic team like the affluent do. He often recommended books to read, understanding most of the challenge people faced was real awareness and how they were thinking and acting, not the actual strategies.

Exploring the financial industry further, by 2016 Troy realized the whole concept of retirement was branded from the time of The Industrial Revolution, teaching to defer time and money for tomorrow. It roots got so deep, most people assumed that is what the goal is without considering an alternative and that is after knowing 95% are not much better off financially after working 40 years! With traveling the world and doing much of what he wanted in life, Troy saw a calling to an alternative target- doing, having, and becoming more today while simultaneously building for a better tomorrow!

From 2016 on Troy spoke his message, learned with and collaborated with world-class leaders-notably co-authoring The Road to Success with Jack Canfield and part of the largest launches in internet history with Tony Robbins and Dean Graziosi, inspiring people to bring their gifts to the world and create impact.

Traveling the world and seeing social systems (Troy graduated top of his class in social science), he now sees today screaming for systems for quality of life improvement today (all areas of life) instead of feeling obliged to defer it to tomorrow or following what social influences teach.

And here we are, now developing an ecosystem for value to be shared among peers, from experts, and new ways of creating win-win-win situations where you win, people you interact with win, and people you do not even know when as they observe your transformations and stories!

While we are just launching, we our big picture is to create an environment to serve millions of people worldwide, collaborating with peer groups and a community at large, to do more, have more, and be more, in less time all while learning from experts in all areas of life, to consistently live life even better! 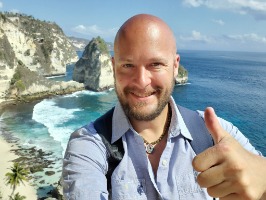 From spiritual callings, to the love of people, and seeing a golden renaissance for all- I strive to evolve systems that I see in the future and bring them to our human experience today!

At the age of 15 Troy had epilepsy that created lapses of consciousness throughout the day. This would last about 18 years, escaping death a few times! From 15 onward, Troy developed what he calls The Lifestyle Progression System. Originally it was a way for him to create possibilities why he was challenged with using his brain functionally- how to do sports, academics, jobs, all while not knowing how much he would be conscious. In college he found ways to find out what teachers would be best for him (i.e. needed to be tests and not participation based as he would not remember content and be a waste of time), made trade-offs with other students to take notes, free time, create a way to organize and cram information in a short period of time to remember, and even take courses while on vacation (something very original)!

The same system would evolve over time for creating networks, traveling the world, learning and collaborating with some of the most influential people on the planet.

Troy’s most notable accomplishments include helping his clients thrive in one of the worst economies the world has ever seen in 2008, becoming a best-selling author co-authoring The Road to Success with Jack Canfield from Chick Soup from the Soul (sold over 500 million copies worldwide) and in Better Business Books Volumes 1-3, was inducted into the National Academy of Expert Authors, Writers, and Speakers, inducted into National Academy of Best-Selling Authors is a 2x Expy Award Winner, and a Thought Leader Summit Award Winner.

Through Troy’s initial systems as a lifestyle consultant at his business Lifestyle Financial Planning, he was often sought out for infinite banking, using life insurance in a non-traditional way, typically only thoroughly understood by affluent markets. Troy brought it to mainstream America and was an authority figure on the concept as well.

Between 2019 and 2020 Troy has been a top strategic partner for the top two launches in history, selling the Knowledge Broker Blueprint throughout the world, inspiring people to bring their gifts to the world selling their expertise.

Troy is also one of 40 people worldwide that are being trained on epienergetic intelligences for uses in mentorship (energy tools that have been used with some of the top influential people in the world).

Troy has been a contributor to Free a Girl to end human trafficking, building schools and water systems in third world countries, Habitat for Humanity, and the Tony Robbins Foundation

Currently Troy enjoys traveling the world, meeting inspiring leaders and friends, and is inspired to serve The Retirement Myth ecosystem!

This site was built with GroovePages

Report Site for Spam and Abuse.